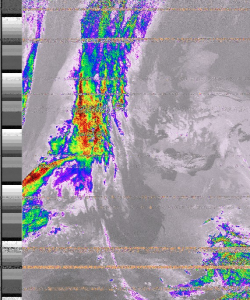 A project to introduce students to some aspects of satellites and communications and get them receiving the freely available imagery broadcast by the NOAA Automatic Picture Transmission (APT) satellites.  These signals are easily received on low cost equipment (about £10 for a USB TV receiver, easily re-purposed as a wideband radio receiver) and the imagery can be decoded using free software on modest PCs.

This project gives participants experience of:

Just as I have put together these two example systems by pulling together various building blocks of hardware and software (all credit to the developers who have actually done the work here!) you can tweak just about any aspect of this system to suit your own situation.  Some places where you will want/need to start tweaking are as follows:

Wxtoimg can produce many different enhancements of the same image.

Give examples from a single good capture.

I have setup my system to publish images using the ???? enhancement because this looks reasonable from all satellites and then I may produce further enhancements of good captures by manually opening up the recorded audio file in Wxtoimg later on.

I have written my processing script to do two things when a satellite pass produced an image of a reasonable size (I don’t bother publishing the small images produced from very low, short satellite passes):

You might want to do different things with the images you produce and this should be a fairly straightforward part of the Python script to start modifying.

(runs on a Linux desktop or laptop PC)

(runs on a Raspberry Pi 3, wall-mount for “show and tell”) 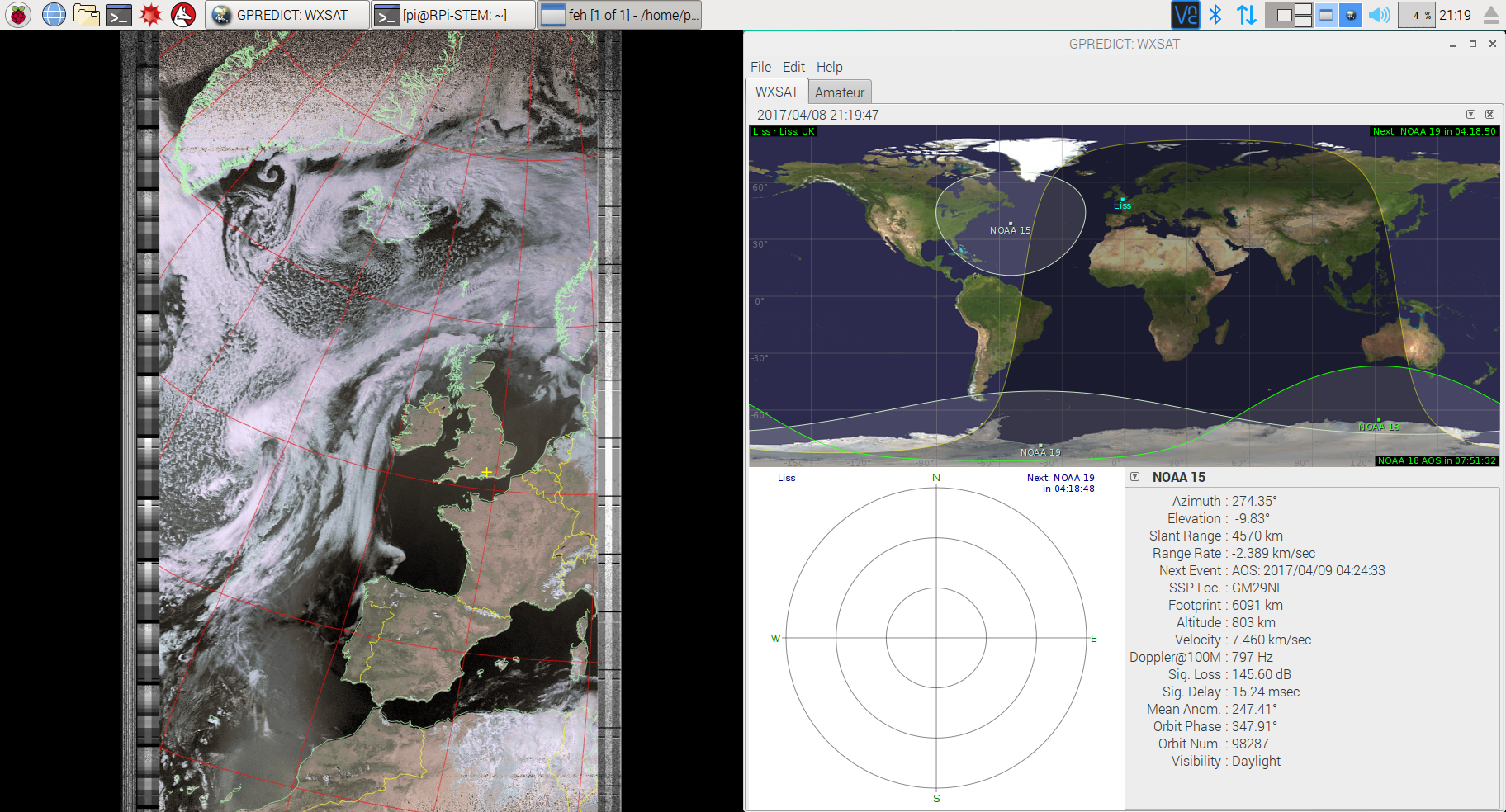