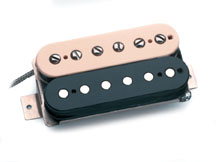 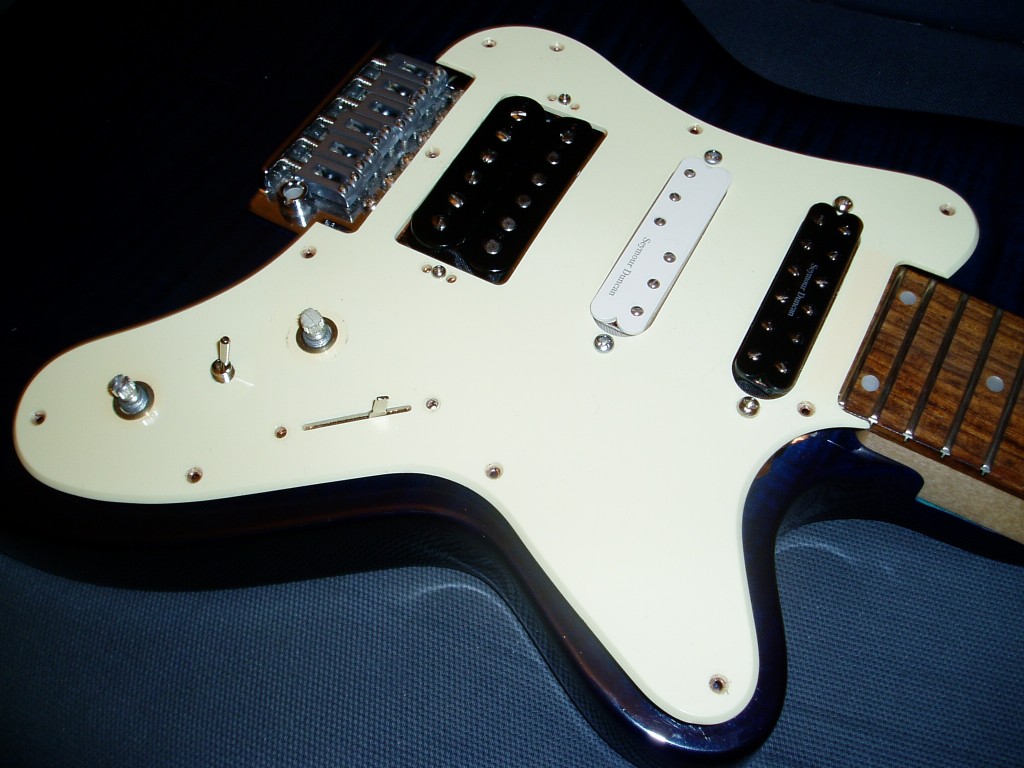 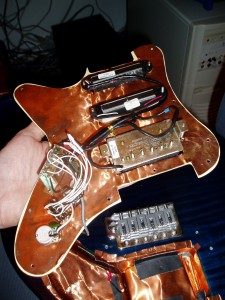 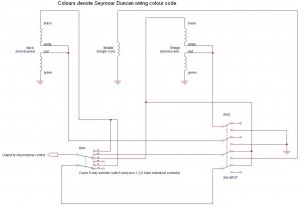 To sort out the extra holes I was left with either side of the bridge humbucker I decided to make myself a new pickguard. I also took this opportunity to move the 5-way selector switch a little further away from the strings as I had a tendency to accidentally flick the switch with my right hand while playing – not good! That’s my only criticism of these great guitars. Still, sorted now, and I went for black for the new pickguard to give the guitar a bit of a face lift and a new mean look. 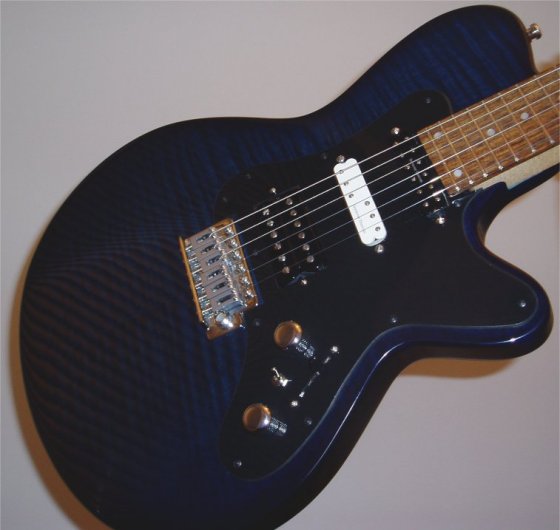